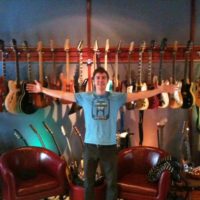 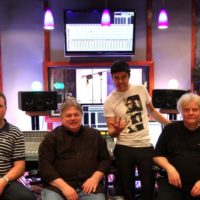 I have been listening to Michael Wagener productions since I was 9 years old.  The first couple Skid Row records made me want to rock, I was obsessed.
Years later, I would be mentored by Michael at 22 Studio in Pennsylvania, then shortly afterwards, he would produce one of my songs ‘State of Shock’ at his Wire World Studio in Nashville. Those were sessions that I will never forget. I like to think that I’ve learned a lot from Michael’s techniques and approaches to making records. A precious moment is when we were all having breakfast at the Waffle House in State College and ‘More Than Words’ came on the speakers.

On April 25, 2021, Michael announced via social media, that he was retiring from the recording studio.  He writes:

I have now been active in the music business for over 50 years and I think it’s time to retire and get out and catch up on some vacations. I have sold the studio and Double Trouble Productions does no longer exist as an official company.

I had an amazing time and met a ton of wonderful people and I am thankful for having been able to work with such great musicians and create such wonderful music.

Now it’s time to see some more of the world.

This site will eventually disappear. No more mixes, productions and workshops. The studio has been sold and except for some guitars, amps and minimal studio gear there is not much left here.

I want to thank you all for allowing me to live a great life and to do what I love. I am looking at a future of lots of traveling; it has been a great trip so far.”

Happy Retirement Michael, well-deserved. Thank you for the insights and for the records of my youth gone
wild!